Flights in this Robinson are available in the Hunter Valley

The Robinson R44 is a four-seat light helicopter produced by Robinson Helicopter Company since 1992. Based on the company’s two-seat Robinson R22, the R44 features hydraulically assisted flight controls. It was first flown on 31 March 1990 and received FAA certification in December 1992, with the first delivery in February 1993.

This R44 is the newest R44 Helicopter in the Hunter Valley equipped with air-conditioning for passenger comfort. This helicopter can take three passengers to the destination of your choice or a leisurely scenic flight around the vineyards.

Transfers to the Hunter Valley can be made with ease in the R44 helicopter right to the front door of your accommodation. 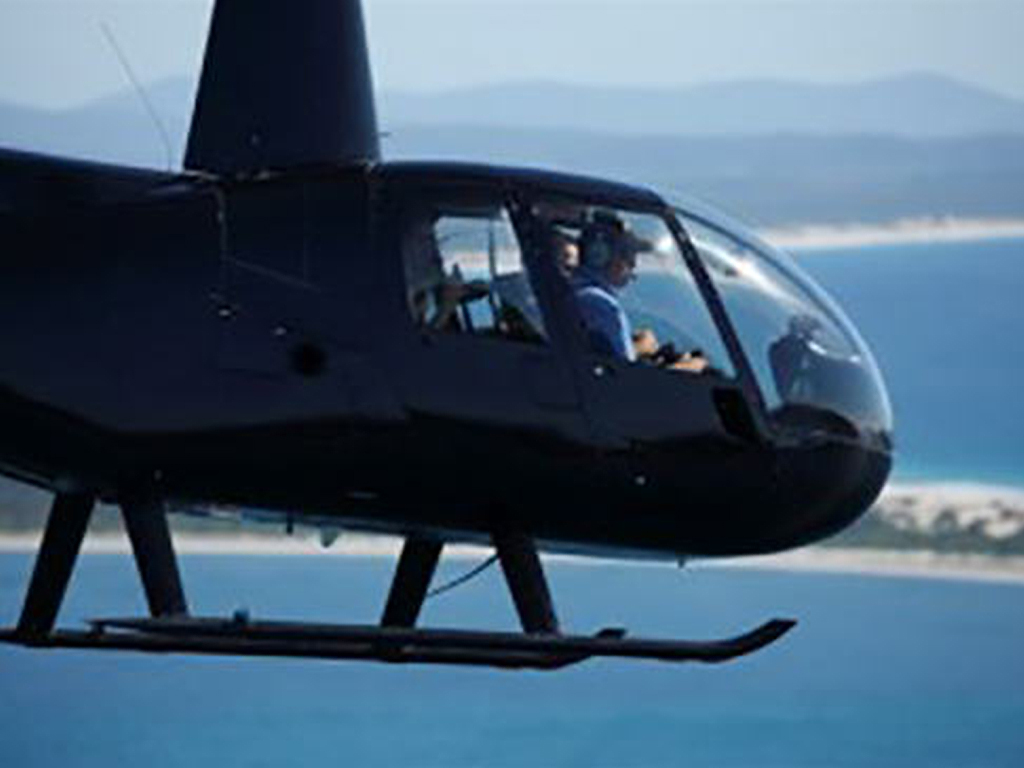 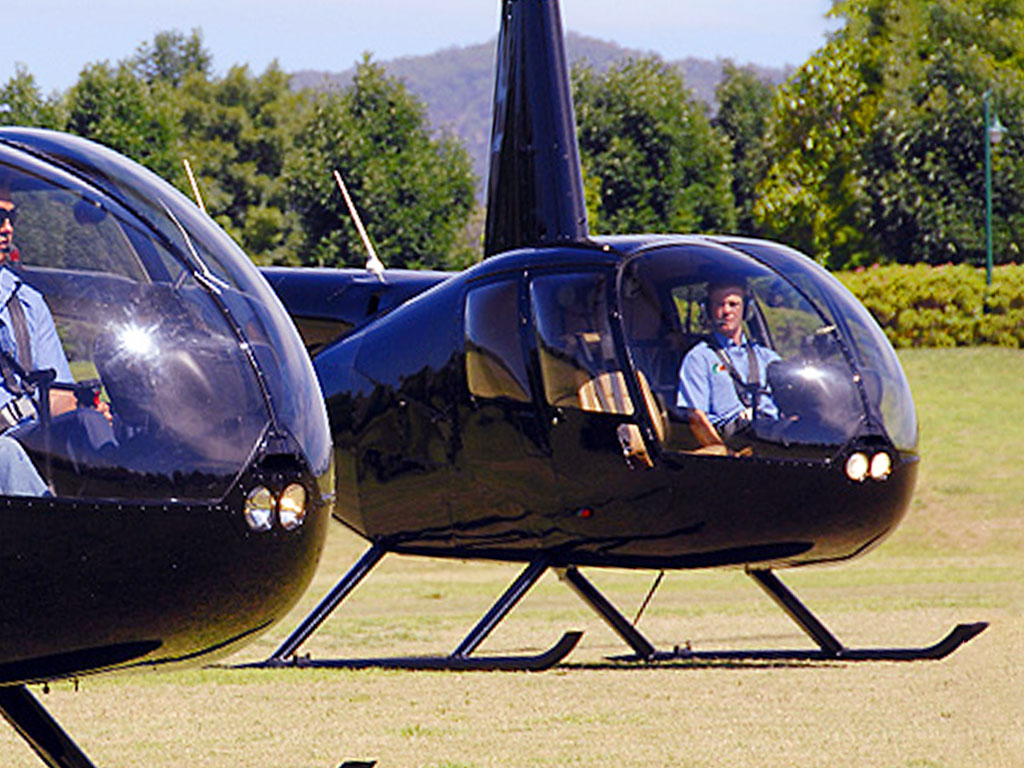 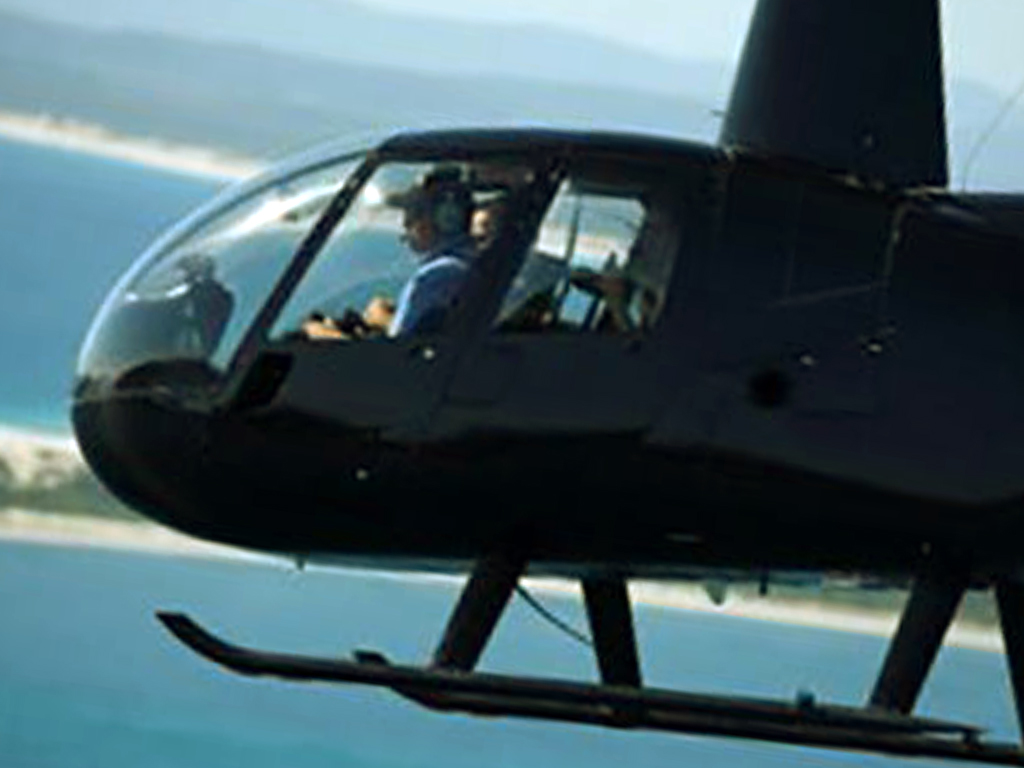 The R44 is a single-engined helicopter with a semi-rigid two-bladed main rotor, a two-bladed tail rotor and a skid landing gear. It has an enclosed cabin with two rows of side-by-side seating for a pilot and three passengers. Tail rotor direction of rotation on the R44 is reversed compared to the R22 for improved yaw control authority. On the R44 the advancing blade is on the bottom.

Designed during the 1980s by Frank Robinson and his staff of engineers, the R44 first flew on 31 March 1990. The R44 Astro was awarded an FAA Type Certificate in December 1992, with the first deliveries taking place in January 1993. The first R44 Newscopter featuring onboard electronic news gathering equipment was delivered in 1998. In January 2000, Robinson introduced the Raven with hydraulically assisted controls and adjustable pedals. In July 2002, Robinson introduced the Raven II featuring a more powerful, fuel-injected engine and wider blades, allowing a higher gross weight and improved altitude performance.

During November 2015 Robinson announced the Cadet, a Raven I with a cargo area instead of the two back seats, a slightly less powerful engine and a more efficient muffler.

Flights in this JetRanger are available from Armidale

The Bell 206 is a family of two-bladed, single- and twin-engined helicopters, manufactured by Bell Helicopter at its Mirabel, Quebec plant. Originally developed as the Bell YOH-4 for the United States Army’s Light Observation Helicopter program, it was not selected by the Army. Bell redesigned the airframe and successfully marketed the aircraft commercially as the five-place Bell 206A JetRanger. 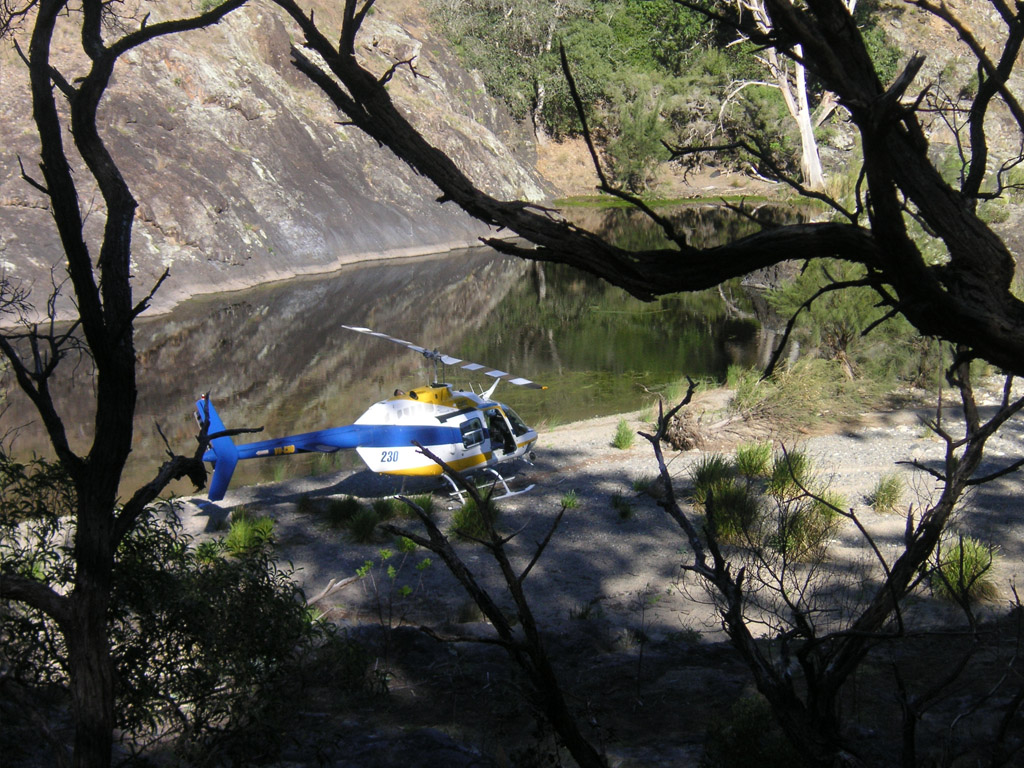 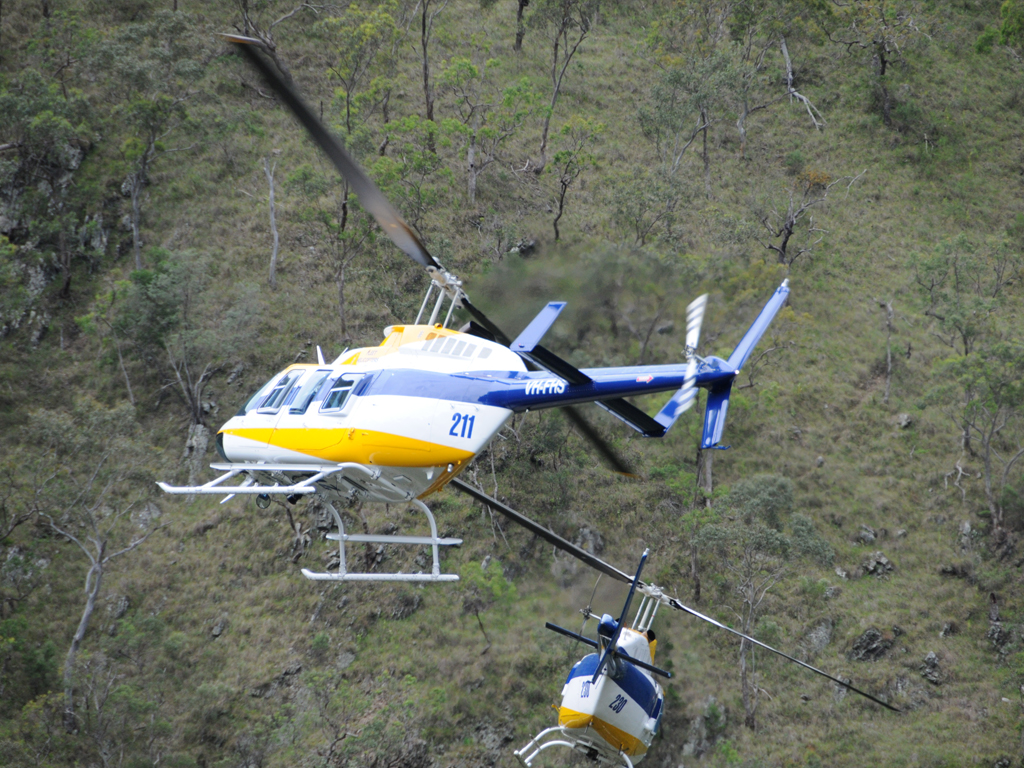 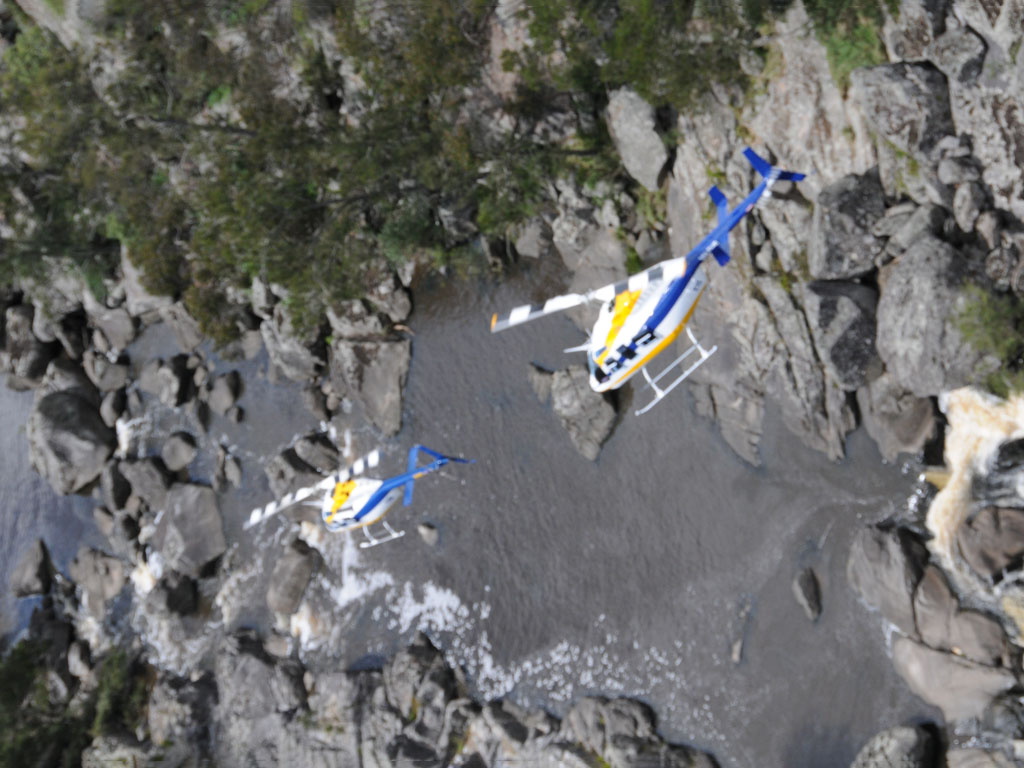 Bell developed the D-250 design into the Bell 206 aircraft, redesignated as YOH-4A in 1962, and produced five prototype aircraft for the Army’s test and evaluation phase. The first prototype flew on December 8, 1962. The YOH-4A also came to be known as “The Ugly Duckling” in comparison to the other contending aircraft. Following a fly-off of the Bell, Hughes and Fairchild-Hiller prototypes, the Hughes OH-6 was selected in May 1965.

When the YOH-4A was eliminated by the Army, Bell went about solving the problem of marketing the aircraft. In addition to the image problem, the helicopter lacked cargo space and only provided cramped quarters for the planned three passengers. The solution was a redesigned fuselage, sleeker and aesthetically appealing, adding 16 ft3 (0.45 m3) of cargo space in the process. A Bell executive contributed to this redesign by drawing on a sketch two lines extending the fuselage to where it meets the tail. The redesign was designated Bell 206A, and Bell President Edwin J. Ducayet named it the JetRanger, denoting an evolution from the popular Model 47J Ranger.

Flights in this LongRanger are available from Armidale 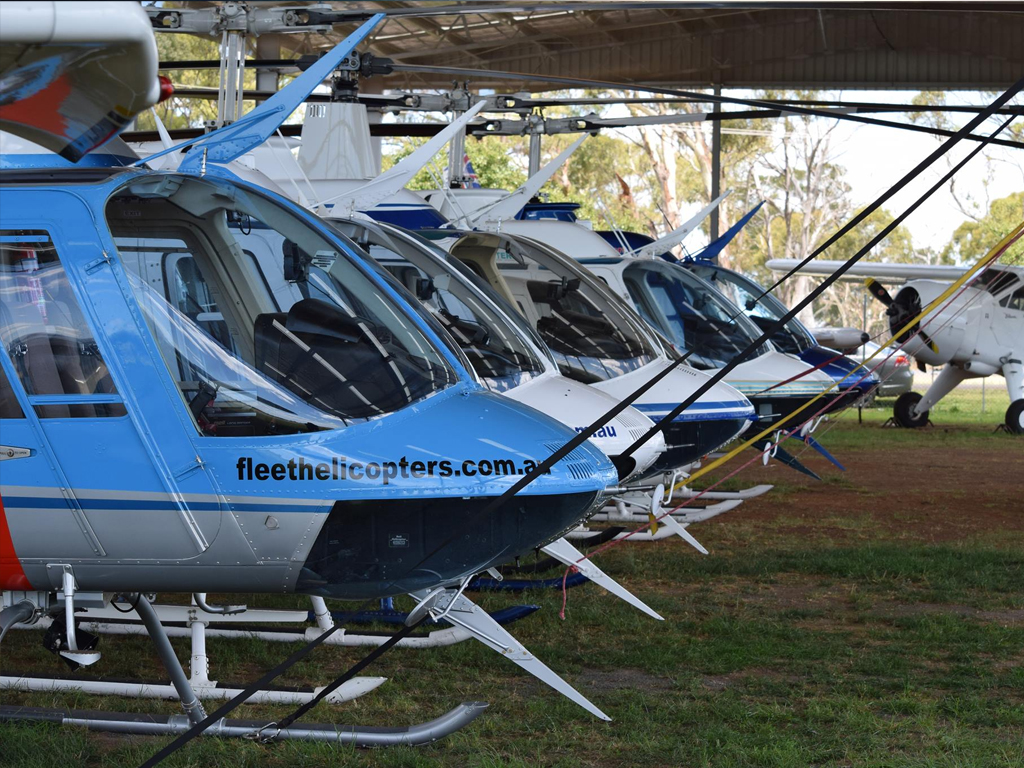 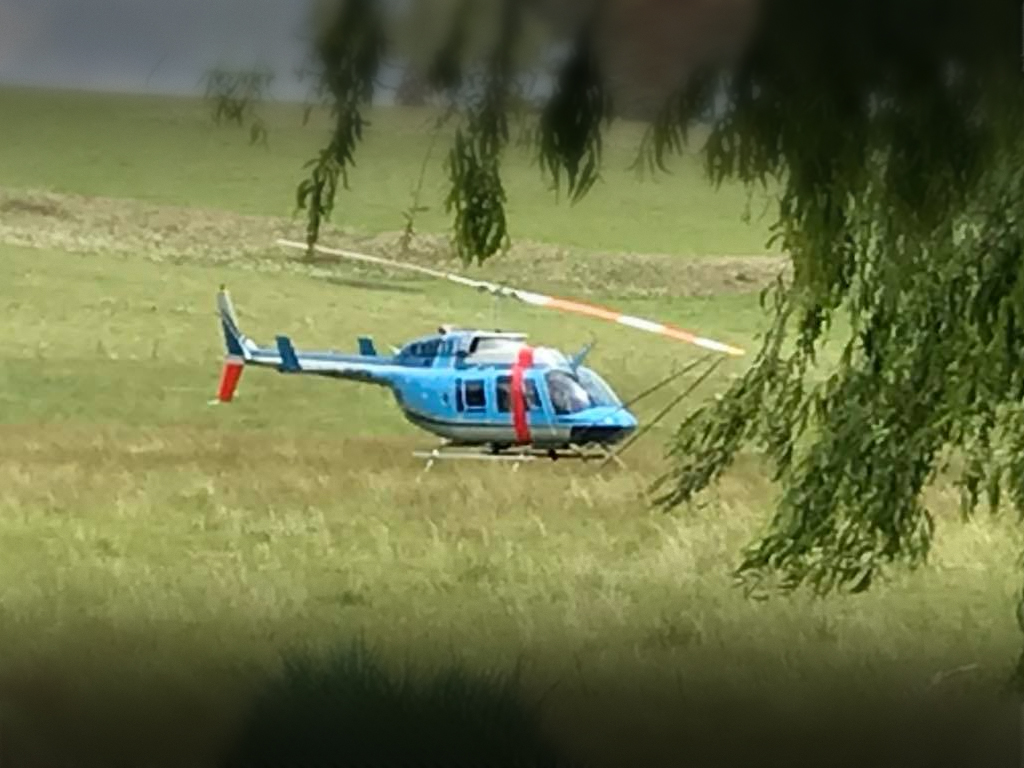 The 206L LongRanger is a stretched variant with seating for seven. The fuselage, stretched a total of 30 inches (760 mm), adds two rear-facing seats between the front and rear seats. Since 1975, Bell has produced more than 1,700 LongRangers across all variant types. In 1981, a military version, the 206L TexasRanger was released. The original 206L used an Allison 250-C20B engine, and a series of model upgrades replaced this engine with more powerful versions; the 206L-1 used a 250-C28, and the 206L-3 and 206L-4 used the 250-C30P. In both applications, the 250-C30P is derated from 650 hp for takeoff and 501 hp continuous. The 206L-3 is transmission-limited to 435 hp for take-off, and the 206L-4 is transmission-limited to 495 hp. The derating of the C30P produces an advantage in hot-day and high-altitude operations as it can produce the rated horsepower at higher altitudes and temperatures where applications that use the maximum rating of the engine at sea level suffer accelerated performance deterioration with increases in temperature and altitude. The 206L-3 and L-4 have not been offered in a twin configuration under those model designations.

Airbus AS350 B2 Squirrel

Flights in this Squirrel are available from Armidale

The Eurocopter AS350 Écureuil (Squirrel), now Airbus Helicopters H125, is a single-engine light utility helicopter originally designed and manufactured in France by Aérospatiale and Eurocopter (now Airbus Helicopters). In North America, the AS350 is marketed as the AStar. The AS355 Ecureuil 2 is a twin-engine variant, marketed in North America as the TwinStar. The Eurocopter EC130 is a derivative of the AS350 airframe and is considered by the manufacturer to be part of the Écureuil single-engine family. 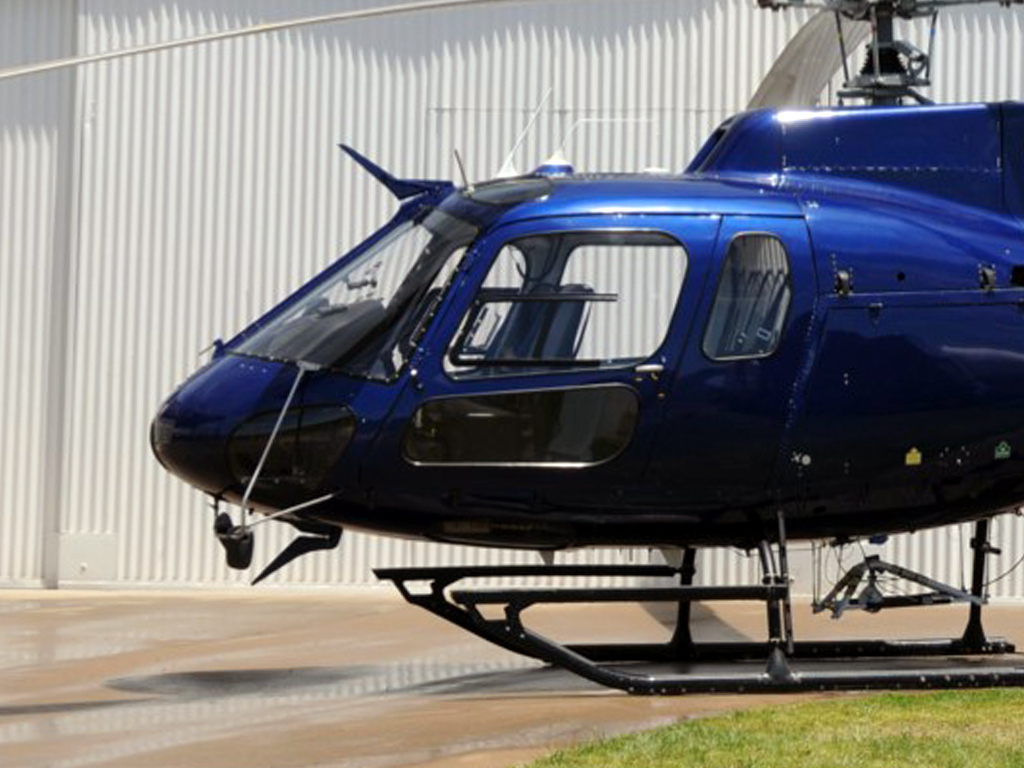 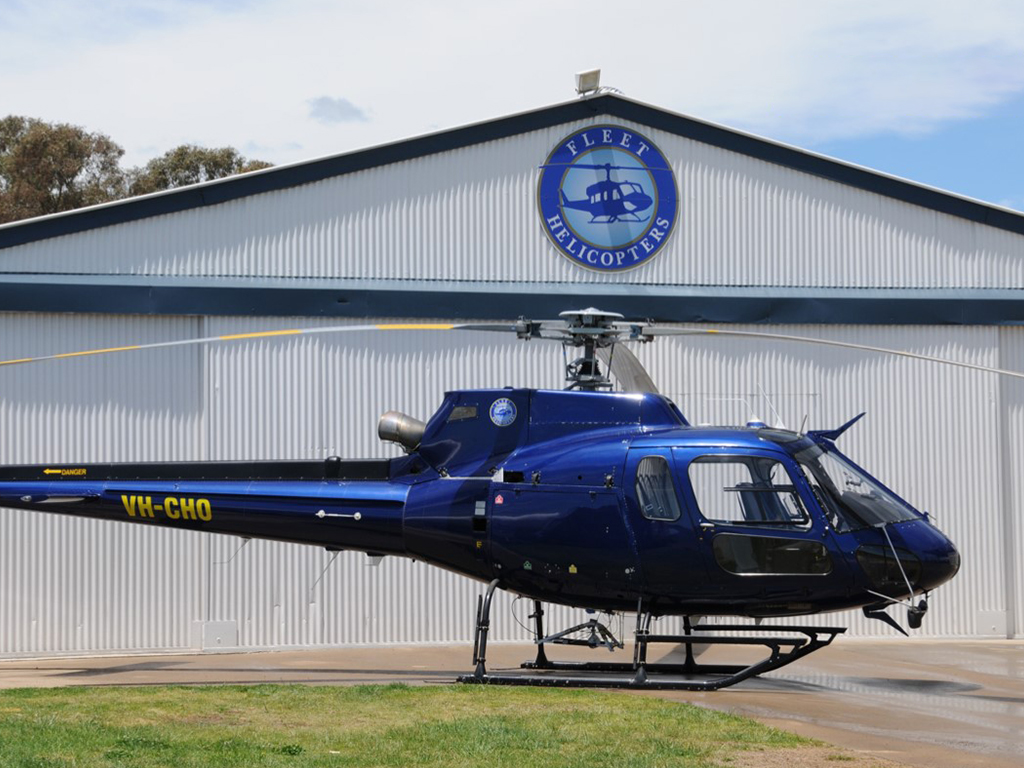 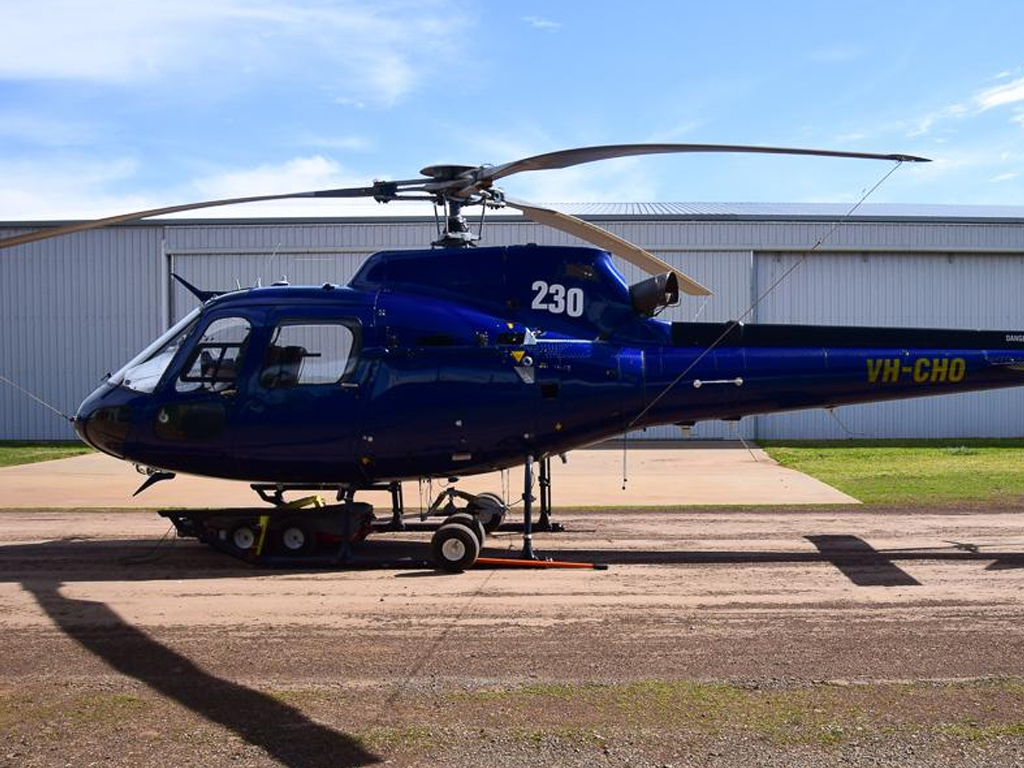 On 27 June 1974, the first prototype, an AS350 C powered by a Lycoming LTS101 turboshaft engine, conducted its maiden flight at Marignane, France; the second prototype, powered by a Turbomeca Arriel 1A, following on 14 February 1975. The Arriel-powered version, the AS350B, intended for sale throughout the world except for North America, was certified in France on 27 October 1977, while the Lycoming powered AS350C (or AStar) was certified by the US Federal Aviation Administration on 21 December 1977. In March 1978, deliveries to customers began for the AS350B, deliveries of the AS350C began in April 1978.

One of three AS350 news helicopters of ABS-CBN network in a hangar in Mactan-Cebu International Airport, note the 5-axis gimbal HD camera and a transmitter. Over time, the AS350 Écureuil/AStar has received further development; while the aircraft’s design remains broadly similar, various aspects and systems such as the rotor system, powerplants, and avionics have been progressively improved. On 6 February 1987, a prototype AS350 B2 flew with a fenestron tail-rotor in the place of its normal conventional counterpart. On 1 March 1997, the first AS350 B3, equipped with an Arriel 2B engine, performed its first flight. Various conversion programs and addons for AS350s have been produced and are offered by multiple third-party ‘aftermarket’ aerospace firms in addition to those available directly from the type’s prime manufacturer. New variants of the Arriel-powered AS350B, the AS350 B1, AS350 B2, and AS350 B3, were progressively introduced; the later B3 differing from preceding models by the increasing use of digital systems, such as the Garmin-built G500H avionics suite and FADEC engine control system.