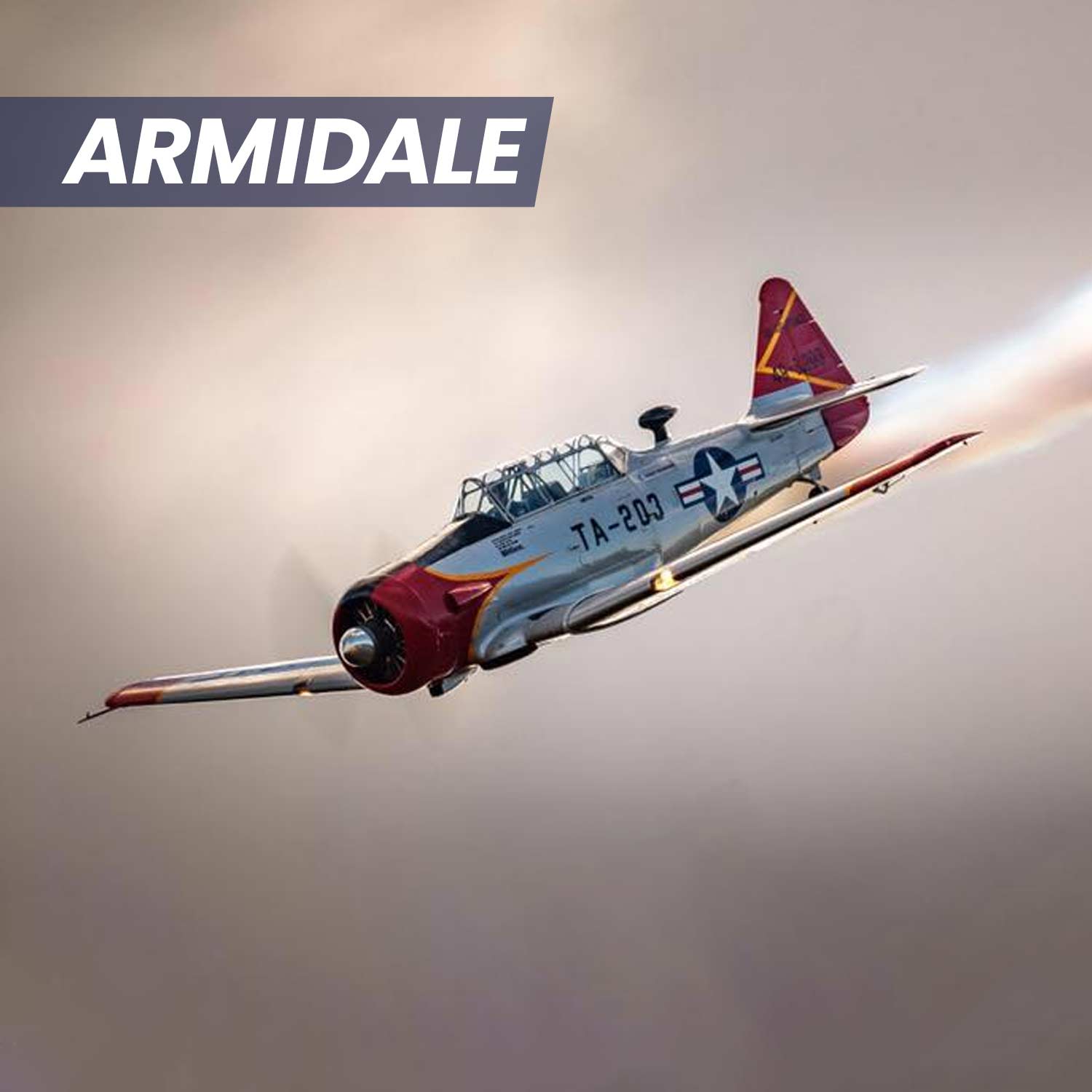 The T6 Texan Aerobatic Adventure is a 30 minute adventure flight.

The T6 Texan Aerobatic Adventure is a 30 minute adventure flight.

Summary:
The T6 was designed as a trainer to hone the skills of fighter pilots in WW2 prior to advancing on to the Spitfires, Mustangs and other high performance fighters of the day. So good was the T6, in this role, that it continued to serve with many armed forces around the world, long after WW2 and the last was retired from military service in 1995. Naturally this aircraft is highly suited to aerobatics and the noise, power, and layout of the aircraft provide a very authentic WW2 fighter pilot experience.

All manoeuvres demonstrated are positive “G” including loops, barrel rolls, aileron rolls and various other aerobatic manoeuvres, as desired.

Step back in time to the Golden Age of aviation in one of our legendary Warbird Aircraft.

Thank you for visiting JefFighter. Please be aware that we are currently limited to bookings via phone or email.